This is the first movie in the HoneyWorks series. I decided to watch this movie now because the second film has just been released on Crunchyroll and I heard some positive things about it from fellow bloggers.

Natsuki and Yu have been best friends since childhood, but Natsuki wishes to be more than friends. In fact, she gets the courage to confess her feelings for Yu. Yet when she does, Yu isn’t sure what he should say or do. Natsuki plays off this awkward moment as a joke and says that she is practicing on Yu before she officially confesses to her crush.

The overall topic that this movie tackled is the fear and difficulty of confessing one’s feelings to that special someone. There’s this fear of rejection that makes a person reluctant to confess in the first place. For instance, Natsuki plays off her confession at Yu because she feared that his silence was actually a rejection. 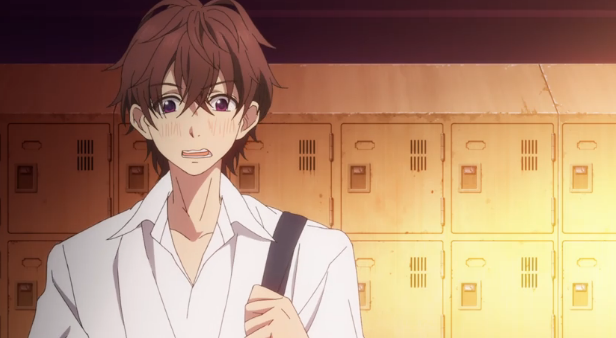 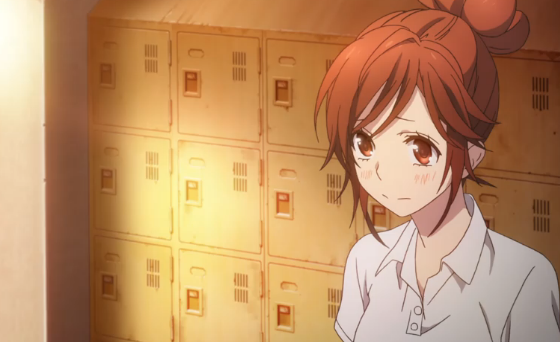 Aside from the fear, there is the difficulty of how to confess and whether or not, your feelings were understood by the recipient. For instance, Miou Aida and Haruki Serizawa have been spending a lot of time together, in which they always walk home from school together. However, they have yet to define their relationship. There’s this awkwardness surrounding them and they aren’t sure how to convey their true feelings to each other. Although Miou and Haruki’s relationship isn’t fully concluded in this film, I do expect that it will be in the future movies.

While watching this movie, I was reminded of my own personal experiences when it comes to confessing. I wasn’t the type that would directly confess my feelings towards a guy, but I did actually do it a few times. The majority of the time it just ends awkwardly. I don’t regret confessing to these guys because if I didn’t, then I would be left with daydreams and “what-ifs.” Also, these confession experiences made me understand my feelings and what I want in a guy—so it was a learning experience for me.

I think the most difficult confession happened this year. My feelings weren’t reciprocated when I really wished it did. I’m still a bit sad about it, but I know it’s a tough love lesson I needed to learn even if I didn’t want to. However, I don’t think my lame love experiences should discourage you from your confessions. In fact, this is just one perspective. Love is trial and error—you kind of have to fail multiple times in order to finally get it right. And you can’t know if you just remain stagnant and scared. I learned that if you don’t say your feelings to someone, then that means you are passively accepting defeat. If someone else came into your crush’s life, you should naturally let them go because you are underhandly saying that you are comfortable if the person you like ends up with someone else other than you and also, it means that you don’t truly care enough about them romantically to confess in the first place. From my last experience, I cared enough and I also knew I didn’t want to be “just a friend.” So I went for it, and you know what, I don’t regret it. Love confessions are part of growing up. It’s natural to feel nervous and scared, but I hope that fear and regret don’t ruin your confidence. So if you really like someone and you don’t want to miss your chance, you should confess. 🙂

“I’ve Always Liked You” – Confess Your Love Committee is a pretty straightforward, formulaic high school romance. It’s cute but predictable. I do recommend that you watch these films in order as some characters reappear in the latest movie, The Moment You Fall in Love. That being said, all the movies seem to blend together in some way (I have yet to watch the second movie, though, but this is my gut feeling).

If you want some cool Vocaloid t-shirts, check out my store at Teepublic.

8 thoughts on “My Confessions: Thoughts on “I’ve Always Liked You” – Confess Your Love Committee” Leave a comment ›