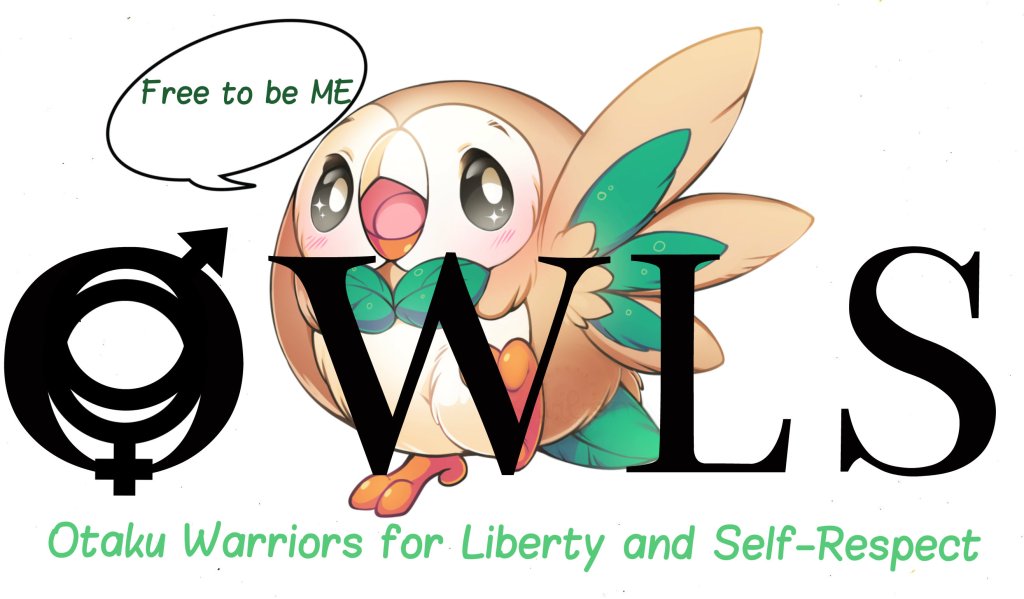 For the month of July, the OWLS bloggers are taking a look at the concept of beauty with our topic “Mirrors.”

“Magic mirror, on the wall—who is the fairest one of all?”

When we look in the mirror, what do we see? Do we see ourselves or someone we don’t want to be? For this month’s theme, we will be exploring some of our favorite anime and other pop culture mediums that redefine individual beauty—inside and out. Some topics we may explore are physical appearances, social expectations on gender, and the importance of self-confidence.

Last time, Andrealinia wrote an amazing post on the anime, The Melancholy of Haruhi Suzumiya. For this post, I’m going to focus on the anime, Kiss Him, Not Me in relation to the act of catcalling and how this action impacts a woman’s perspective on her appearance and self-confidence.

Kiss Him, Not Me is a shoujo manga created by Junko and the anime for this manga was released in Fall 2016.

Kae Serinuma is a fujoshi. She loves yaoi and enjoys fantasizing about real and fictional men in romantic relationships. So when one of her favorite male characters die in a show, she was so shocked that she locked herself in her room for a whole week. When she finally goes out, she undergoes a transformation and becomes super thin and pretty. Kae’s beauty attracts the attention of Yūsuke Igarashi, Nozomu Nanashima, Hayato Shinomiya, and Asuma Mutsumi and they start to court her.

An Ugly Duckling To A Swan

I was really critical about watching this anime. I didn’t like the unrealisticness of the main protagonist losing weight because of a fictional male character’s death. Before Kae Serinuma had a curvaceous body and her strange habits and interests in yaoi and otaku culture is something that may not appeal to most male students. Yet when her physical appearance changes, her looks attract many male suitors. When I watched this anime, my first impression was how superficial some of these male suitors are—they only focus on her physical beauty as opposed to her personality and who she truly is. In fact, these guys’ intentions were put to the test when Kae transforms back into her original self after eating so much Valentine’s Day candy. For Yūsuke Igarashi and Asuma Mutsumi, they seem to genuinely like Kae. However, Nozomu Nanashima and Hayato Shinomiya seem to have a difficult time accepting a curvaceous Kae and they instantly forced her into exercising in order to regain her “supermodel” figure.

It isn’t just these four boys and Kae’s androgynous female friend, Shima Nishina that admire Kae, but Kae also experiences unwanted attention from other men. For example, while at a convention, a cosplay photographer took photos of Kae that made her uncomfortable. Now, this isn’t catcalling, but it does demonstrate a mindset where how a woman has dressed signals that she wants a man’s attention or is flirting. When I see these scenes in anime, I feel uncomfortable and find them disgusting, but rather than looking at these scenes in a negative light, I find them as a reminder of the society we live in. These types of scenes are in anime because, in one way, it serves to show how inappropriate catcalling is and is an example of how such “talk” makes people feel uncomfortable—it forces the viewers to react a certain way. It is during these scenes, though, that someone steps in and saves the female protagonist. In this case, the guys surrounding Kae save her from the gross cosplay photographer. In addition, after this incident, you can hear some remarks made by outsiders who state that such conduct should stop. These scenes expose the type of societies we live in, but it also suggests that we can change it by stepping in and saying something when you see someone feeling unsafe and uncomfortable.

Even though Kae is surrounded by individuals who only care about her physical appearance, she doesn’t let her looks define who she is, and she learns to accept herself. In the beginning, she didn’t want the guys to know about her otaku tendencies, but she soon starts to express who she really is to them. By expressing herself, Kae starts to build a strong relationship with the guys. Furthermore, she is a protagonist that emphasizes the importance of staying true to oneself and if people want to be genuine friends with you, they should accept who you are rather than changing it. I think such a moral lingers throughout this series.

Personally, Kae reminds me of myself in regards to how a physical transformation can change a person’s perception of you especially a guy.  Before, I didn’t put much effort into my appearance when I left the house. I just wore jeans, a sweater, and some worn-out shoes. The only time I dressed up is when the occasion calls for it. Yet it wasn’t until recently that I started to put a little more effort in my appearance. I love color and patterns and my wardrobe consists of various dresses with colorful tights and comfortable ballet flats. I even started to wear lipstick and to be honest, I love my new look.

However, with the happiness and comfort, I found in my appearance, it comes with a price. I recently noticed that walking down a street is difficult when you get unwanted attention from men who catcall you just because they can. There was one time when my friend and I were walking down a street and some guy who was walking towards us said, “Damn girl, you are hot! Can I get your number?” We didn’t know who he was specifically addressing but we ignored him. When we walked passed him, he got mad at us for not accepting his compliment and had the nerve of saying, “You don’t have to be such a b****!” Another incident was when a homeless guy was lying on the street and said, “You look beautiful.” I tend to ignore strangers because I don’t like small talking and such incidents when walking down the street make me uncomfortable.

In fact,  I pay no attention to such “compliments.” I don’t really need them from a guy because I show enough self-love and plus, compliments on looks can only go so far. I am more impressed with a guy’s sense of humor and intelligence. Like Kae, I encourage people to be true to themselves—it isn’t on the outside that counts but what’s on the inside. Plus, no amount of catcalling compliments will ever boost a woman’s confidence—a woman doesn’t need to be validated by a man. Compliments are nice when deemed appropriate but one’s confidence shouldn’t come from compliments, it should come from one’s self-love and care. If you love your body and your personality, then people’s opinions of you shouldn’t matter. 🙂

In Kiss Him, Not Me, Kae Serinuma is a girl that is true to herself. She doesn’t care about what other people think when it comes to physical appearances or her geeky, otaku interests. She is an example for young girls and women to live by.

I hope you enjoy my OWLS blog post for July’s theme, “Mirrors.” Next up is Gigi. Check out her post about Peach Girl soon.

9 thoughts on “OWLS: “A Mirror Image Of Me”—Catcalling & Physical Beauty In Kiss Him, Not Me” Leave a comment ›