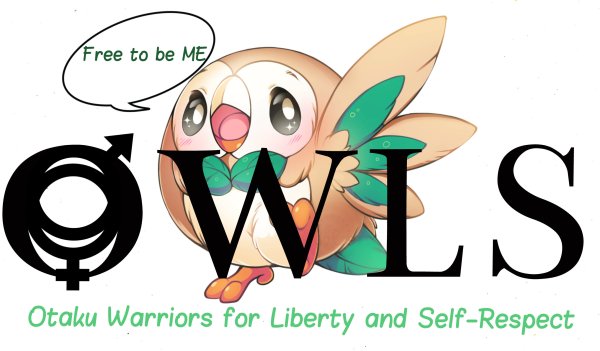 Welcome to my first ever OWLS Bloggers‘ Blog Tour post. This January’s topic is “Disruptors.” Arria from Fujinsei did an excellent job with her post about “Disruptors” in Mobile Suit Gundam 00 which can be read here.

“To disrupt” has a negative denotation, but rather than looking at the verb in a negative light, we are going to use the verb in a positive way. It’s like the word, “protest” which has positive and negative connotations depending on the perspective of the person.

Disruptors: An individual or a group disturbing a system or social norms/conventions that they believe is destroying what is morally right.

While I was creating this topic, I wasn’t sure what anime I would take on since I mostly focus on shoujo anime. So rather than watching a completely new anime or recalling some of the more longer and popular animes like Fullmetal Alchemist or Naruto, I decided to stick to my roots and pick a shoujo anime that applies this act of disruption, and the anime I picked is Ouran High School Host Club.

“Ranka” Fujioka as a Disruptor

The character I’m going to talk about is “Ranka” Fujioka, Haruhi’s father. After Haruhi’s mother passed away, “Ranka” Fujioka took on the role of mother and father. Despite being a crossdresser for work, “Ranka” continues to roleplay at home in order to be the father and mother figure that Haruhi needs in her life. However, Haruhi seems to be mature and independent enough that she doesn’t need childish treatment. Yet even though she gives an independent persona, Ranka can’t help but follow her around at the supermarket to make sure she’s safe which shows his caring and nurturing side of a mother and his overprotective fatherly side when he mistakenly sees that Tamaki is putting the moves on Haruhi.

How is he a Disruptor?

His disruption is shown by reevaluating the viewers’ perspective of family dynamics and gender standards.

It’s natural for children to be raised in broken households where one parent is the mother and father figure. Haruhi comes from a single parent home. Her father acts as both parental figures in the most literal fashion and raises Haruhi in a loving home by himself.

Yet one thing that Ranka made me realize is that gender shouldn’t be the primary source of identification for an individual. We have a tendency to associate gender with certain actions that make a man, masculine, and a woman, feminine. Judith Butler states in “Performative Acts and Gender Constitution”:

In other words, the acts by which gender is constituted bear similarities to performative acts within theatrical contexts. My task, then, is to examine in what ways gender is constructed through specific corporeal acts, and what possibilities exist for the cultural transformation of gender through such acts. (Butler 901-902)

In addition, Japan is a society embedded in patriarchy values and system. However, Ranka is a character that disrupts this way of thinking and proposes the normalization of nongendered identities. In fact, his daughter, Haruhi adopts a non-gender persona. She dresses a little tomboyish and joins the male host club, but outside of her school, she dresses a bit more feminine and does domestic work at home, the typical social standard for women. By having a character like Ranka, he inputs a different “nongender” philosophy within Haruhi and as viewers, we are able to put into question and reevaluate gender for characters and real life people. Ranka allows viewers to be aware of gender classification and it disrupts the standard of how we see gender through traits and actions. Rather than placing individuals into gender, a person should be able to freely choose his or her identity or even, ignore gender altogether. As a result, individuals are able to be themselves without agreeing to gender standards.

On a side note, I realized that my post is published on Martin Luther King’s Day. I want to say to you all, Happy MLK Day! I know that Dr. King fought for civil rights, particularly in the black/African communities, but his efforts help other minority groups and immigrants as well. Although my post isn’t focused on racial issues, it does relate to the cause since I’m proposing that individuals see others beyond skin color or gender. OWLS’ motto, “Free to be me,” should be seen as a “civil right” in today’s society.

Our next “Disruptors” post is by Crimson which you can check out January 20th!