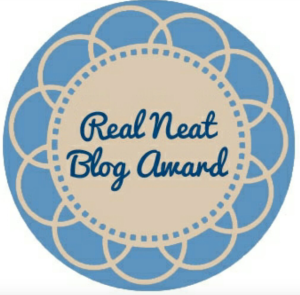 So the lovely blog, Nerdultlife, has nominated me for the Real Neat Blog Award. I want to thank you for the nomination. I really appreciate it. 🙂 I barely started following this blog, but Nerdultlife has been following me for a long time. What attracted me to Nerdultlife is that she talks about the ups and downs of college life and what not. I can relate to her experiences because I’ve been through it as well. So it is interesting to see another person’s perspective.

So thank you for the nomination, and if you want to see Nerdultlife’s Real Neat Blog Award post, click here.

Q: What was the first anime you watched?

I started watching anime when I was four or five years-old, and my first show was Sailor Moon before it even aired on Toonami.

Q: If you were in the Avatar world, would you want to be an earth, fire, water, or air bender?

I would be an earth bender because I have a down-to-earth personality. 😉

Q: If you could take one anime cliché and have it become a normal real-life occurrence, what would it be (some examples include my points in “If Anime Were Real Life”)?

I think we should have more than one life. So like I can kick and punch someone so many times that they would only have a scratch and still be alive.

Q: You have to pick to live in a world of Shoujo/Tragedy or Horror/Psychological, which do you choose and why?

I wouldn’t survive a Horror/Psychological. So I pick Shoujo/Tragedy. I like to try to understand human emotions especially when it deals with love, friendships, and relationships.

Q: You can either read manga or watch anime for the rest of your life, which do you choose and why?

Reading manga for the rest of my life. Not a lot of shoujo manga gets adapted into an anime, and even if it is, they aren’t really good adaptations. So I would like to read all the shoujo manga I want.

That’s all folks! Thank you Nerdultlife for the nomination and questions! Haven’t heard about this blog? Go check it out now!

Just Something About LynLyn Nerdultlife Nominated Me For The Real Neat Blog Award (Part 3)
%d bloggers like this: